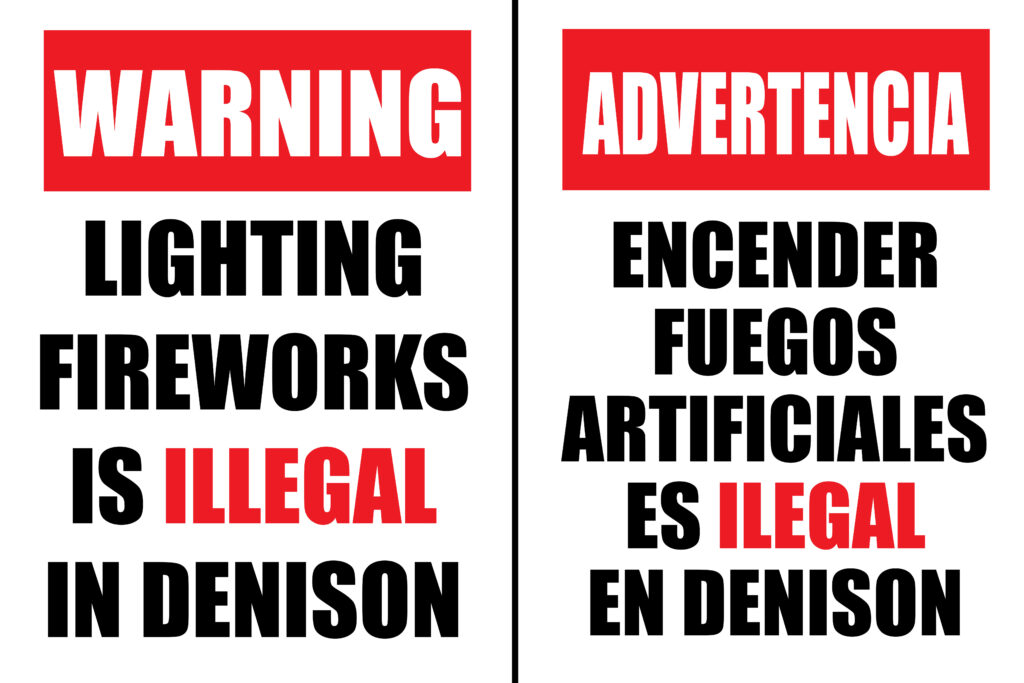 Fireworks are available for purchase at various places throughout Denison. The City would like to remind Denison citizens that, residents cannot use or explode consumer fireworks inside city limits. The use and sale of fireworks is in Chapter 50.15 of the Code of Ordinances in the city of Denison. Citizens can enjoy novelty fireworks (see below for definition), subject to the following safety restrictions:

Novelty fireworks typically produce a much weaker explosion and sound, and are defined as follows:

The City of Denison is an equal opportunity employer. Bilingual persons are encouraged to apply. Click here for general employment information.

For best results, use Chrome or Firefox browers. This translation does not work with Microsoft products.